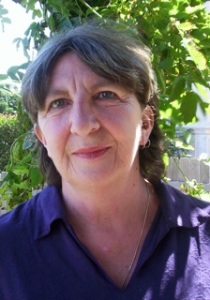 She was born in England and came to Australia as a baby. She grew up on Victoria’s Mornington Peninsula and went to university at Monash and UPNG.

She has worked as a teacher, journalist, editor and publisher, and has lectured in creative writing at several universities, most recently UTS. Her career has included being Literary and Arts Editor for the National Times and a literary consultant for Australian Film Commission. She has been the judge for many literary awards and prizes, including the Australian/Vogel Award, the NSW Premier’s Literary Awards, the Australia Council and the Nita B Kibble Award for women’s writing.

She is co-founder and co-editor, with Linda Funnell, of the online review journal the Newtown Review of Books and a Board member of the NSW Writers’ Centre.

She is married to writer Peter Corris and they have three daughters and six grandsons. She lives in Newtown, Sydney.